As Raleigh’s chief planning and development officer for nearly a decade, Mitchell Silver oversaw the rules that shaped development in that fast-growing city.

Silver, president of the American Planning Association 2011-2013, will talk Thursday in Charlotte about the importance of having a vision, and what must happen after that vision is created.

The event is free and open to the public. It’s 5-7 p.m. at the PORTAL building, 9319 Robert D. Snyder Road, on the UNC Charlotte campus. Registration is requested. Moderator will be Joe O’Connor, president and general manager of WFAE.

Under Silver’s leadership Raleigh crafted a new comprehensive plan, adopted in 2009, and a Unified Development Ordinance (UDO), pulling together the city’s development-related ordinances into one document, adopted in 2013. That work set in motion a 2016 rezoning throughout the city of Raleigh – to ensure the plan was followed.

Charlotte is working to create a Unified Development Ordinance, after a study concluded the city’s zoning ordinance doesn’t produce the growth called for in city plans – which are only policy, not legally requirements.

What’s a UDO? A Place Type? How you can learn more

Since 2014, Silver has served as commissioner of the New York City Department of Parks and Recreation. His appearances are sponsored by Building Community: People + Places + Places, a local partnership among Charlotte Center City Partners, the City of Charlotte and the UNC Charlotte Urban Institute. The partnership is funded with a grant from the John S. and James L. Knight Foundation. Thursday’s appearance is also sponsored by University City Partners and the Charlotte Research Institute at UNC Charlotte.

Mary Newsom of the UNC Charlotte Urban Institute spoke with Silver last week about planning, zoning and the importance of vision. His remarks, edited for brevity and clarity:

What’s the importance of a vision as part of a comprehensive city plan?

It is important to have a vision with one caveat: You need to be clear on the problems you’re solving. If you are not, then the vision becomes blurry and difficult to implement.

For example, in Raleigh, I analyzed how much land we had and how much we were growing. If we continued on the same low-density development pattern we would have run out of land in about 20 years. So we had to densify. And as we worked on the plan we experienced a historic drought, so water became a critical issue – how are we going to plan for water and for conservation of water? 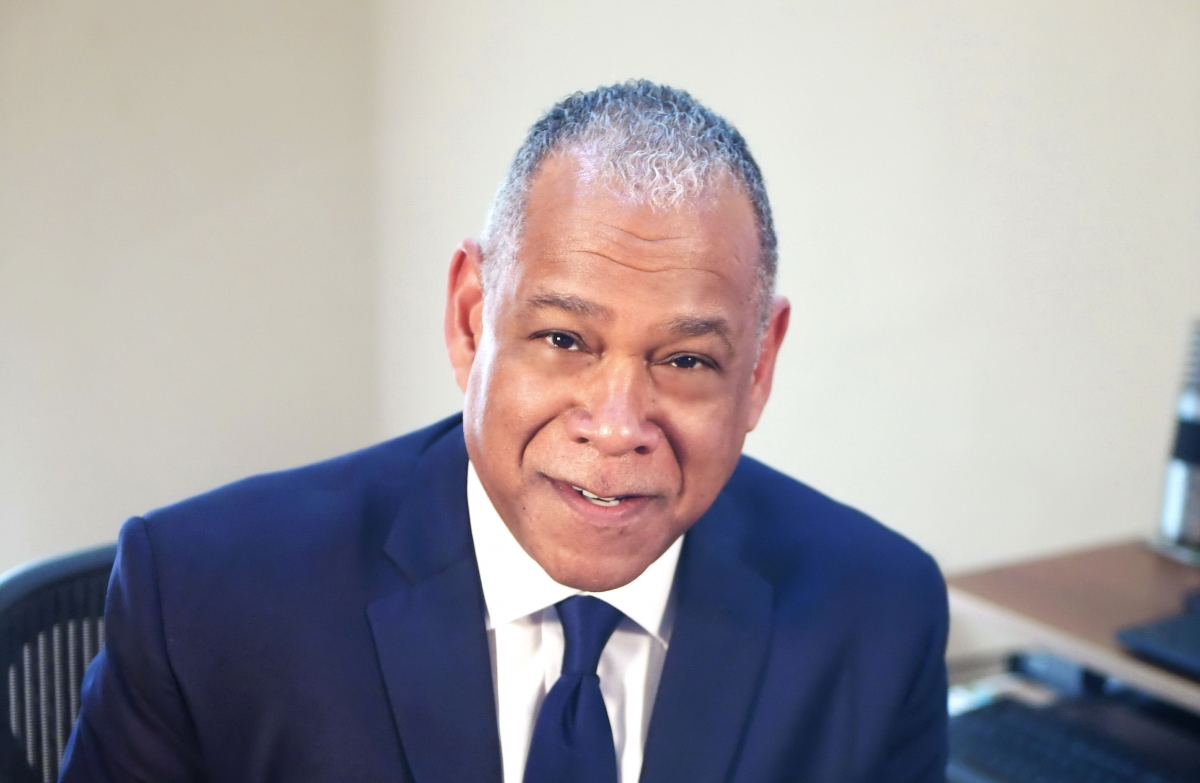 Vision is important, because you then come up with a blueprint of how to achieve that vision within 20 to 30 years. I equate it to a retirement plan. If you’re 45 and know you’re going to retire at 65, you come up with a plan to make sure you’re ready at 65. You don’t dilly-dally. It requires you to do something every month and every year to ensure that at 65, you are prepared – an action plan to make sure you achieve that vision by that set year.

A vision has to transcend mayors and governing bodies. It needs to be the public’s plan, not the elected officials’ plan alone, because you can’t reset a vision every two years.

How should a comprehensive plan relate to the development regulations that govern how and where things get built?

The vision should be part of the comprehensive plan process, along with the policies and implementation actions that will get you there. The plan is where you lay out the blueprint about how to address your issues and achieve your vision.

One of the elements of the comprehensive plan should be a rewrite of your code so it aligns with your plan and with your vision.

Talk about the comprehensive plan-UDO process in Raleigh. How long did it take, what was hard, what was not so hard?

The standard approach is to do a comprehensive plan followed by a code, and the comp plan should have a future land use map that indicates what you’re going to code and zone for.

Some people do the zoning code without the plan. But a plan is a cleaner, more predictable way for the public, because the public gets excited about the plan. It’s hard to get excited about the code. I told everyone in Raleigh, “Look, this is the fun part.” People really got into it. But, I told them, when we get to the code section you’re going to start to yawn and scratch your head.

So we try to get people excited with the planning process and let them know the code is going to implement parts of the plan, but that part is going to be extremely boring and it’s going to be more for people who understand form and design and rules. It is very difficult to get the public on board with the UDO, very hard.

How long did that whole process take?

The plan took us 18 months. [It was adopted late in late 2009.] The code took about three years. About 65 percent of the city was low-density residential, and we weren’t changing those rules [for development requirements]. If you’re a homeowner you’re fine. We focused on the 35 percent of the city that was planned for more mixed-use, commercial, industrial, etc. Somehow that memo didn’t get out. Homeowners said, what are you doing to my property? Residents of single-family neighborhoods came out to the hearing even though they really were not affected. There was a huge outcry.

We did a citywide rezoning, so to speak, so they had to send a notice to everyone. We were changing the name of their zoning district. Some people wondered what we were doing to their property. That’s why everybody came out.

Other people didn’t like the fact that it took conditional use zoning off the table.

What did the city do?

How important is it to do corrective rezonings after adopting a plan? Did Raleigh do that?

We resolved during the comp plan process that we wouldn’t just trust to “future rezoning.” We did a future land use map. 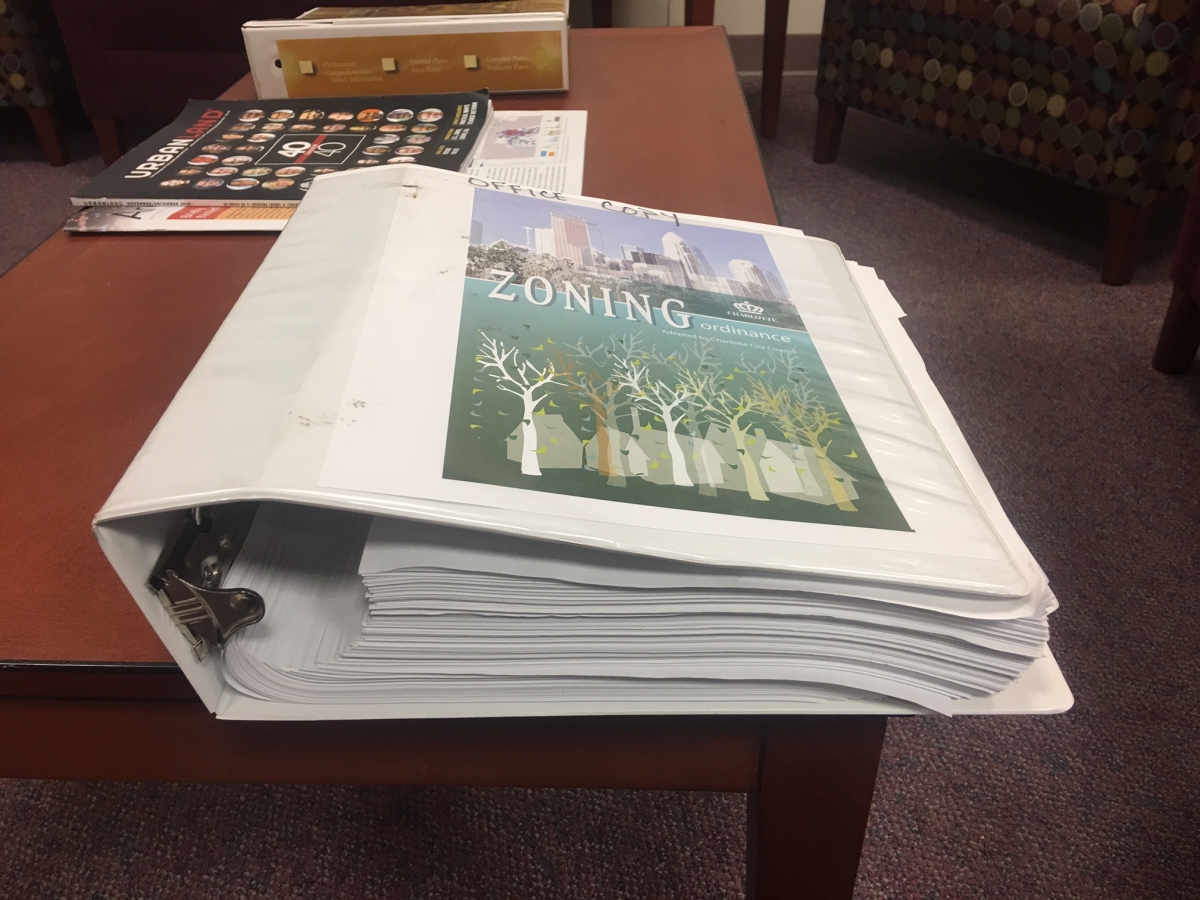 People don’t know what an R-4 looks like but they know what a three-story building looks like. So our new code is more based on illustrations and images than 20 pages of text.

Can you explain a little more about how the new land use map in Raleigh relates to the new zoning?

The future land use map gave the public a hint about what the new zoning designation would likely be. It would say, this is going from B-2 (a business zoning) to O-X (office mixed-use). We did that for the entire city. That became the guide we used to do a citywide remapping in one fell swoop.

Some developers came in and said, hey, if we’re rezoning, can you rezone it to this on my behalf? But we had to make sure it was consistent with the direction we were headed. We didn’t allow people to just come in and get a free rezoning.

Was there pushback from elected officials and how did you deal with it?

Some council members were concerned. They’re saying, “We like the rezoning process because we can talk about certain things we like to see, like design elements.” They felt they would be giving something away by not having the conditional-use process.

I told them we wanted the right rules for the right places, and we wanted to provide predictability and certainty. In working with both the community and developers, I hadn’t been able to predict what could happen. Imagine a  developer who wants to invest $10 million or $15 million, and I’m saying, “I can’t predict the outcome for you.”

Second, we wanted the comp plan to ask what did we want there? If you want low-density, then codify it. If you want mixed-use, codify it. We were making it easy to do greenfield development but making people suffer to do mixed-use development. It was a way of incentivizing fairness across the board.

Now you can tell developers we have rules, this is by-right. You don’t even have to go for a zoning change – it’s allowed.

We told the council, “Here are the right rules you want in the right places, and they can just get an approval and move forward so the community knows what to expect across the street, and the developers understand what the rules are to get approved. And we’re saving thousands of hours of staff review time and council review time.”

The land use attorneys weren’t the happiest, because they thrived off the zoning process, but we told them they would adjust. UPDATE March 20, 2018: But both the public and the Raleigh City Council are still struggling with the idea of relinquishing conditional use zoning, which still make up the majority of rezonings. There’s still conditional use zoning but it’s limited. My guess is it was about 90 percent of the cases. Now my guess is, maybe under 20 percent.

When you rely on conditional use zoning, that is telling you your code is broken and offering no direction. It’s case-by-case decision making.